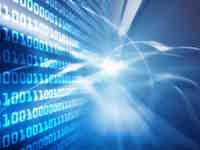 Two teams working with the guidance of Professor Surya Kalidindi, MGI Strategist for Georgia Tech’s Institute for Materials, have been awarded Materials Genome Initiative prizes in the national Materials Science and Engineering Data Challenge sponsored by the Air Force Research Lab in partnership with the National Institute of Standards and Technology and the U.S. National Science Foundation.

The top prize of $25,000 in this national competition was awarded to a team comprising Joshua Gomberg, Ph.D. student in MSE, Andrew Medford, a post doc in ME, and Prof. Kalidindi. The team was awarded the prize for their project titled, “Structure-based Energy Models from Simulated Al Grain Boundary Datasets.”  The team took data previously documented and reported by M.A. Tschopp, S.P. Coleman, and D.L. McDowell (see Integrating Materials and Manufacturing Innovation, 4 (2015) 1-14)  provided open access from a NIST Repository, and extracted a practically useful, low computational cost, metamodel to capture the relationship between the atomic structure of grain boundaries and their associated grain boundary energy.   Medford will be joining the ChBE School as a faculty member in spring 2017.  The team will be present their award-winning work at a special session during Materials Science & Technology 2016, Oct. 24-27 in Salt Lake City, Utah.

One of the runner-up prizes of $5,000 in this national competition was awarded to a team comprising Xinyi Gong, Ph.D. student in MSE, Ahmet Cecen, Ph.D. student in CSE, Evdokia Popova, a post-doc in ME, Kalidindi, and researchers Theron Rodgers and Jonathan Madison from Sandia National Laboratory. The prize was awarded a project undertaken under the recently established GT-SNL Academic Alliance for a project titled, “Extraction of Process-Structure Linkages from Simulated Additive Manufacturing Microstructures Using a Data Science Approach.”  The team employed a data science technique to capture and express the correlations between processing conditions and resulting microstructure in low-dimensional, computationally efficient forms that support multiscale materials and process design.

“This would not have happened without the thought leadership and capabilities built by a concerted vision for materials data science and informatics and e-collaboration by the Institute for Materials,” Kalidindi said.  “Programs such as FLAMEL and IDEAS:MD3 have emerged and were built to advance Georgia Tech’s capabilities to first-in-class, as evidenced by results of this competition.

The competition focused on seeking novel uses of accessible digital data to advance Materials Science and Engineering knowledge to accelerate the transition to industrial applications. Entries were submitted between July 2015 and March 2016, and the winners were notified in May 2016.

Medford and Gomberg had been working together on methods for analyzing molecular dynamics simulations and grain boundary energies. During that time, Gomberg developed “some really interesting techniques” according to Medford.

“When we learned about the data challenge, we decided to apply these approaches to an open data set to see how they performed. The results turned out great, and I think the strength of the approach is the balance between the simplicity of the techniques and the remarkable accuracy of the predictions,” he said.  “This is the perfect type of competition — it incentivizes sharing approaches in this emerging area and helps researchers in the field get some independent feedback on their techniques.”

Sponsors of the prize stated that the challenge stemmed from a determination that materials science and engineering data had not yet been exploited to its full potential because of its complexity and big data attributes. This complexity stands to provide rich insights if the mysteries the data hold can be unraveled.

To advance the goals of the U.S. Materials Genome Initiative (MGI), the AFRL solicited innovative approaches to solve materials science and engineering problems primarily through the analysis of publicly accessible digital data. Areas of particular interest included discovery of new materials to meet an application need, or development of a new model describing processing-structure-property relationships in either a structural (load bearing), functional (electrical, optical or magnetic), or multifunctional material.”

Emphasis was placed on the use of existing and accessible data sources, novelty of the approach, and validation of results.  The goal was to leverage advanced computational and data science techniques to solve challenges associated with discovery, development, and production of new materials.

He added, “This leadership role in materials data science is a value-added capability developed with IMat support to provide competitive advantages for Tech’s materials research and education.  IMat’s strategy, realized through cross-cutting proposal support and research program development, includes seed funding that incorporates these advances in materials data science and informatics into the toolkits of our core research strengths in areas such as materials for catalysis, composite materials, polymers, and potentially many other domains.”

For more about the challenge, visit the official web site. Click here to learn more about the Institute for Materials’ leadership within the Materials Genome Initiative.