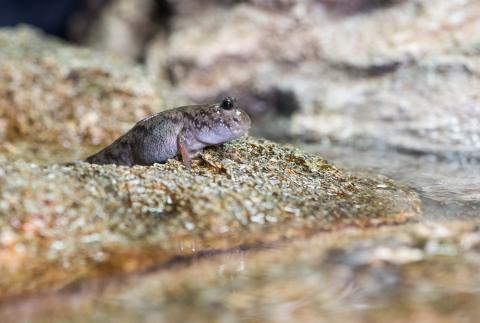 When early terrestrial animals began moving about on mud and sand 360 million years ago, the powerful tails they used as fish may have been more important than scientists previously realized. That’s one conclusion from a new study of African mudskipper fish and a robot modeled on the animal.

Animals analogous to the mudskipper would have used modified fins to move around on flat surfaces, but for climbing sandy slopes, the animals could have benefitted from using their tails to propel themselves forward, the researchers found. Results of the study, reported July 8 in the journal Science, could help designers create amphibious robots able to move across granular surfaces more efficiently – and with less likelihood of getting stuck in the mud.

Sponsored by the National Science Foundation, the Army Research Office and the Army Research Laboratory, the project involved a multidisciplinary team of physicists, biologists and roboticists from the Georgia Institute of Technology, Clemson University and Carnegie Mellon University. In addition to a detailed study of the mudskipper and development of a robot model that used the animal’s locomotion techniques, the study also examined flow and drag conditions in representative granular materials, and applied a mathematical model incorporating new physics based on the drag research.

“Most robots have trouble moving on terrain that includes sandy slopes,” said Dan Goldman, an associate professor in the Georgia Tech School of Physics. “We noted that not only did the mudskippers use their limbs to propel themselves in a kind of crutching motion on sand and sandy slopes, but that when the going got tough, they used their tails in concert with limb propulsion to ascend a slope. Our robot model was only able to climb sandy slopes when it similarly used its tail in coordination with its appendages.”

Based on fossil records, scientists have long studied how early land animals may have gotten around, and the new study suggests their tails – which played a key role in swimming as fish – may have helped supplement the work of fins, especially on sloping granular surfaces such as beaches and mudflats.

“We were interested in examining one of the most important evolutionary events in our history as animals: the transition from living in water to living on land,” said Richard Blob, alumni distinguished professor of biological sciences at Clemson University. “Because of the focus on limbs, the role of the tail may not have been considered very strongly in the past. In some ways, it was hiding in plain sight. Some of the features that the animals used were new, such as limbs, but some of them were existing features that they simply co-opted to allow them to move into a new habitat.”

With Ph.D. student Sandy Kawano, now a researcher at the National Institute for  Mathematical and Biological Synthesis, Blob’s lab recorded how the mudskippers (Periopthalmus barbaratus) moved on a variety of loose surfaces, providing data and video to Goldman’s laboratory. The small fish, which uses its front fins and tail to move on land, lives in tidal areas near shore, spending time in the water and on sandy and muddy surfaces.

Benjamin McInroe was a Georgia Tech undergraduate when he analyzed the mudskipper data provided by the Clemson team. He applied the principles to a robot model known as MuddyBot that has two limbs and a powerful tail, with motion provided by electric motors. Information from both the mudskipper and robotic studies were also factored into a mathematical model provided by researchers at Carnegie Mellon University.

“We used three complementary approaches,” said McInroe, who is a now a Ph.D. student at the University of California Berkeley. “The fish provided a morphological, functional model of these early walkers. With the robot, we are able to simplify the complexity of the mudskipper and by varying the parameters, understand the physical mechanisms of what was happening. With the mathematical model and its simulations, we were able to understand the physics behind what was going on.”

Both the mudskippers and the robot moved by lifting themselves up to reduce drag on their bodies, and both needed a kick from their tails to climb 20-degree sandy slopes. Using their “fins” alone, both struggled to climb slopes and often slid backward if they didn’t use their tails, McInroe noted. Early land animals likely didn’t have precise control over their limbs, and the tail may have compensated for that limitation, helping the animals ascend sandy slopes.

The Carnegie Mellon University researchers, who have worked with Goldman on relating the locomotion of other animals to robots, demonstrated that theoretical models developed to describe the complex motion of robots can also be used to understand locomotion in the natural world.

“Our computer modeling tools allow us to visualize, and therefore better understand, how the mudskipper incorporates its tail and flipper motions to locomote,” said Howie Choset, a professor in the Robotics Institute at Carnegie Mellon University. “This work also will advance robotics in those cases where a robot needs to surmount challenging terrains with various inclinations.”

The model was based on a framework proposed to broadly understand locomotion by physicist Frank Wilczek – a Nobel Prize winner – and his then student Alfred Shapere in the 1980s. The so-called “geometric mechanics” approach to locomotion of human-made devices (like satellites) was largely developed by engineers, including those in Choset’s group. To provide force relationships as inputs to the mudskipper robot model, Georgia Tech postdoctoral fellow Jennifer Rieser and Georgia Tech graduate student Perrin Schiebel measured drag in inclined granular materials.

Information from the study could help in the design of robots that may need to move on surfaces such as sand that flows around limbs, said Goldman. Such flow of the substrate can impede motion, depending on the shape of the appendage entering the sand and the type of motion.

But the study’s most significant impact may be to provide new insights into how vertebrates made the transition from water to land.

The project also represents a combination of physics, biology and engineering.

“Professor Goldman and his collaborators are combining physics and engineering prototyping approaches to understand the physical principles that allow animals to move in different environments,” said Krastan Blagoev, program director in the National Science Foundation’s Division of Physics. “This novel approach to living organisms promises to bring to biological sciences higher predictive power and at the same time uncover engineering principles that we have never imagined before.” 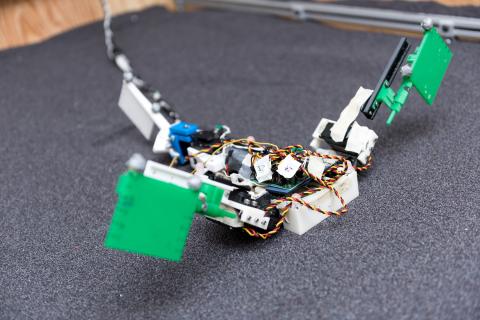 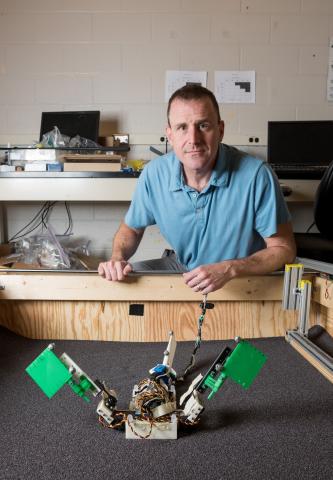 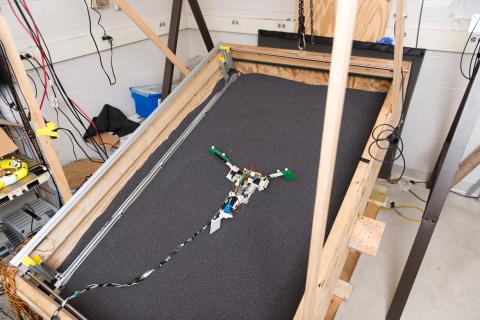 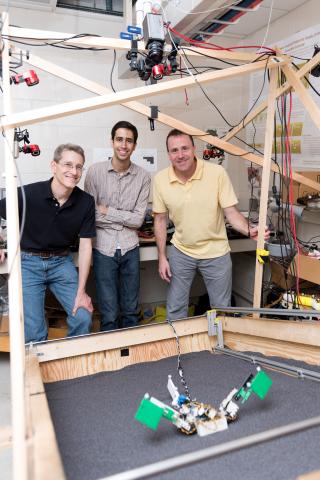 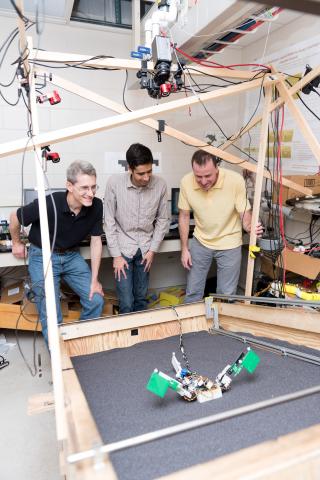 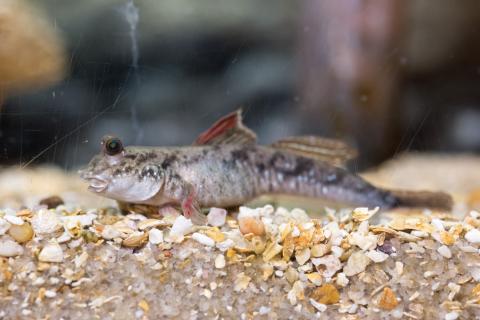