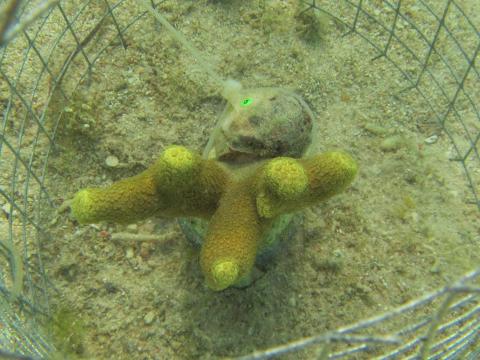 A previously overlooked predator— a thumbnail-sized snail—could be increasing the pressure on coral reefs already weakened by the effects of overfishing, rising ocean temperatures, pollution and other threats. The snail attacks a key coral species that may offer the last hope for bringing back degraded Pacific reefs.

The snail damages coral by sucking fluid from it like a tick, and may have been ignored because it camouflages itself on reefs and doesn’t move around to leave obvious signs of its attack. In experiments done directly on Fiji Island reefs, scientists quantified the impact of the snails, and found that snail attacks could reduce the growth of Porites cylindrica coral by as much as 43 percent in less than a month.

Scientists at the Georgia Institute of Technology conducted the research and reported it July 26 in the journal Ecological Applications. The research was supported by the National Institutes of Health, the National Science Foundation and the Teasley Endowment to Georgia Tech.

“Once the reefs are down and nearly out, these snails are piling on,” said Mark Hay, a Regents and Teasley professor in Georgia Tech’s School of Biological Sciences. “The Porites coral is kind of the last man standing, the last hope for some of these reefs coming back, and they are the ones these snails selectively prey on. As you get fewer and fewer corals, the snails focus on the fewer and fewer of these colonies that remain. This is part of the downward spiral of the reefs.”

In areas protected from fishing, Postdoctoral Fellow Cody Clements never found more than five of the creatures – whose scientific name is Coralliophila violacea – on a single coral colony. But on degraded reefs where fishing was permitted, he found hundreds of the snails on some declining coral colonies, as much as 35 times more than colonies in the protected areas. To assess the damage, he devised an experiment to measure how the snails affected coral growth.

On the reefs near Votoa Village on Fiji’s Coral Coast, Clements isolated coral branches and attached snails to them. After a period of 24 days, he compared the growth of snail-infested coral branches to comparable branches that had no snails. During that three-week period, the predators reduced coral growth by approximately 18 to 43 percent, depending on snail size.

“A single snail can do a considerable amount of damage,” Clements said. “They are sucking the juice out of the coral. If you have a lot of snails feeding on a single coral colony, it can be very hard for the colony to thrive.”

In coral ecosystems, fish help keep many predators and seaweeds under control. For that reason, fishing is forbidden in marine protected areas to maintain species diversity. To confirm their suspicions that overfishing was related to the snail problem, Clements tethered individual snails to reefs in a paired protected and unprotected areas.

When they returned to examine the experiment, they found that snails in the protected areas had been eaten, and evidence left behind suggested they had been consumed by triggerfish and other species with teeth able to crack the snail shells. Predation of the snails was 220 percent higher in the marine protected areas compared to unprotected areas with few remaining fish, they found.

“From the predation evidence, it looked like the fish were eating the snails,” said Clements. “It seemed like the main element driving the difference was the protection status of the area where the snails were tethered.”

One unexpected finding was that the shells of larger snails had been taken over by hermit crabs. “The hermit crabs were very direct about getting the shells that they wanted,” Hay said. “This may or may not be ecologically important on a large scale.”

The study began with an accidental discovery while Clements was working on another project in a heavily degraded reef area. “I was fragmenting branches from colonies and noticed these snails,” he said. “I wondered why I had never seen them before, then I started looking around and noticed they were everywhere.”

The snail shells are covered with marine growth, so they’re difficult to see – unless you know what to look for, Clements said. During the research, Clements removed more than 2,000 of the snails with needle-nosed pliers.

The Porites coral often provides the foundation for reefs, and is considered one of the most hardy species because it is less susceptible to disease, less attractive to crown-of-thorns sea stars, and more resistant to damage from seaweeds. For that reason, researchers believe it may provide a way for reefs to recover if conditions improve. Unfortunately, that coral is also a favorite for the small snail.

The findings reinforce a lesson Hay and Clements have been working to explain for years.

“Protecting coral reef areas and keeping food webs intact is really important to maintaining these communities,” Hay said. “Overfishing takes a lot of key species out of the communities so that all you have left is the marine equivalent of cockroaches and dandelions. Taking out the fish takes away the functions the fish have been providing to the community.”

This research was supported by the National Science Foundation under award OCE 0929119, the National Institutes of Health under award 2 U19 TW007401-10, and the Teasley Endowment to the Georgia Institute of Technology. 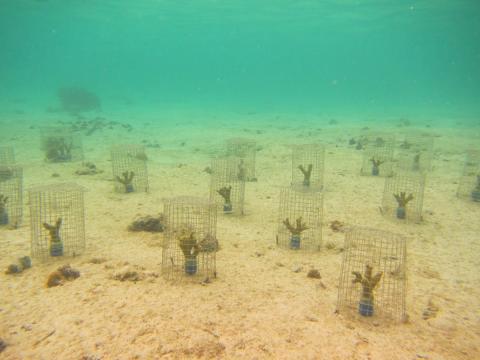 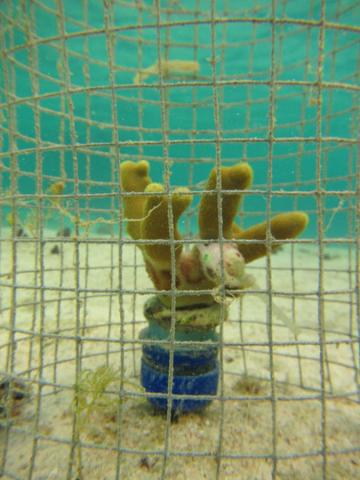