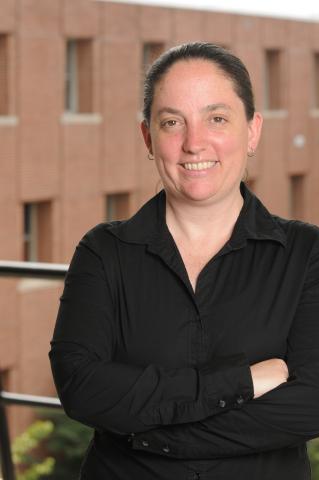 For new faculty, the university environment is not necessarily new but can be an overwhelming entity of operations during the first years. At Tech, many find their place among their peers on campus through mentoring.

To some, mentoring is a formalized one-on-one relationship with a senior advisor; to others, it’s casual conversations, relationships that form over time, or short bursts of well-timed advice.

When Anne Pollock (LMC) took her first faculty position at Tech nearly seven years ago, she asked a senior faculty member she admired to be her mentor—but he declined. Rather than let this be the end of her pursuit of mentorship, she took it as a learning experience.

“You can’t take things too personally when you ask for help,” she said. She has since pursued informal mentoring relationships with a number of colleagues, each of whom is helpful in different ways, depending on experience or expertise.

Despite declining a formal mentoring relationship, the senior faculty member later provided Pollock with valuable tips on teaching preparation, proving one of her tenets of mentorship: People want to share their insights.

Pollock has also benefited from being the one mentoring. She advises postdoctoral fellows and has offered advice to others who are starting out on their academic trajectories.

“It’s intellectually stimulating and keeps you thinking strategically about your own work,” she said. “If I’m talking to postdocs about their next publication or how they are developing their careers, it makes me think about my own, too.”

The fellows she advises don’t work in her same academic space, but she can still provide feedback on their endeavors. Similarly, formal mentor relationships don’t necessarily need to be with someone in the same area of expertise. Common ground can be found in a number of areas, and mentors should not be trying to make their mentees follow the same paths they chose.

“There are many routes to excellence, and mentorship is more useful if we consider the individual’s trajectory,” Pollock said.

Outside of junior-senior faculty relationships, Pollock believes relationships with staff have been essential to her success as well because of staff members’ institutional and operational knowledge.

Though Pollock hasn’t had a formal mentor, she has gotten useful feedback in annual reviews. She believes there is value in having a combination of both informal and formal arrangements. Informal settings can be better for individual projects or tasks. Formal settings can be less personal, and, therefore, provide the opportunity for more objective feedback and the “brass tacks” that are sometimes needed for progress.

“For formal relationships, it helps mentors to have some structure of what it is they’re supposed to be covering or discussing,” she said. “It shouldn’t be just grousing or just cheerleading.”

Many Paths for Success

The School of Literature, Media, and Communication recently adopted a mentorship structure that lets junior faculty choose their mentors from a pool of senior faculty who have stated their interest in mentoring.

“New faculty are often at the bottom of the ‘food chain,’ and this empowers them by leaving some meaningful choices to them,” said Richard Utz, professor and chair in the school. They still discuss the selection with Utz, who can provide input on whether the selection is a good fit.

Utz encourages faculty to look to those outside their specialty area to increase collaboration, inclusion, and interdisciplinary endeavors. Still, he recognizes that formal mentoring is not for everyone.

“Some new faculty might actually prefer not to be mentored, seeing the program as a burden more than an advantage,” he said. “In all these discussions, it’s of great importance that new faculty succeed in finding their own place in their new unit, and they should have a say in what happens during the mentoring process.”

No matter the format, both mentors and mentees seem to come to the table with the same sentiment: They want to get better.

“Everyone can be more excellent,” Pollock said.